Just when I was beginning to think the west coast of France was mind-numbingly dull (which it is, to be honest) it serves up Mont Saint-Michel, a tiny medieval island off the coast of Normandy.

It was pretty much impregnable, seeing off a full-on English invasion in 1433 with only a minimal guard. It was so robust in fact, that Louis XI used it as a high security prison, which it remained until Napoleonic times.

It reminds me a lot of Dubrovnik in a way, with steep winding alleys and perfectly preserved sense of medieval life, despite all the tat shops.

These pictures were taken with my Canon EOS 5D Mark IV and the extraordinary Canon 35 mm f/1.4 L II USM . 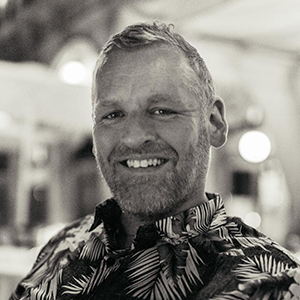 Alex Nichol is an amateur photographer based in the UK dabbling with landscape, travel and documentary in medium format, 35mm film and digital.

It was my love's 40th birthday this year, so I treated her to a week on a desert island in the Indian Ocean. After a gruelling eighteen months, we were...

Most people said we were mad to go camping on the last weekend of October. They were probably right. But we did get to meet a few feathered critters at...

If you ever get the opportunity to visit Monkey World - the ape rescue and rehabilitation centre on the South coast of England - I'd definitely recommend it, although probably...